Cost disruption in the issuance market: The case for tokenization

It’s been almost two years since we published our market sizing report, projecting the growth in tokenization across multiple asset classes and the creation of a $24trn opportunity by 2027.

Having received global attention and affirmation for the work, still frequently referenced to this day, is reassuring, and a further testament that tokenization is and will continue to be of pivotal importance in the global financial landscape.

The focus of the conversation has however recently shifted, and more attention has been devoted to the cost implications of tokenization. This shift has been significantly accelerated by the ongoing pandemic and the resulting forecasted economic downturn, forcing the whole financial ecosystem, including large financial institutions such as banks or securitization platforms but also startups and fintech such as crowd-funding platforms, to look for cost efficiencies along their value chain.

To further the understanding of tokenization’s impact on costs we, therefore, decided to pair up with Cashlink and conducted an extensive study comparing the process and the associated costs of a traditional securitization vs. tokenization. We took different variables into account such as different types of underlying assets (e.g. Equity, Bonds, Real Estate), varying issuance volumes, or even different distribution models (e.g. B2B, B2C, B2B2C).

We primarily examined issuances in Germany and the DACH region as they have similar regulatory and legal frameworks, however, expect the findings to be generalizable and globally applicable to some extent. We analyzed and compared data from already executed tokenizations as well as securitizations and combined those with several qualitative interviews with both customers and service providers from the traditional financial world as well as from the blockchain ecosystem.

To help structure the research, the value chain was split into four parts that were further broken down into asset sub-categories: 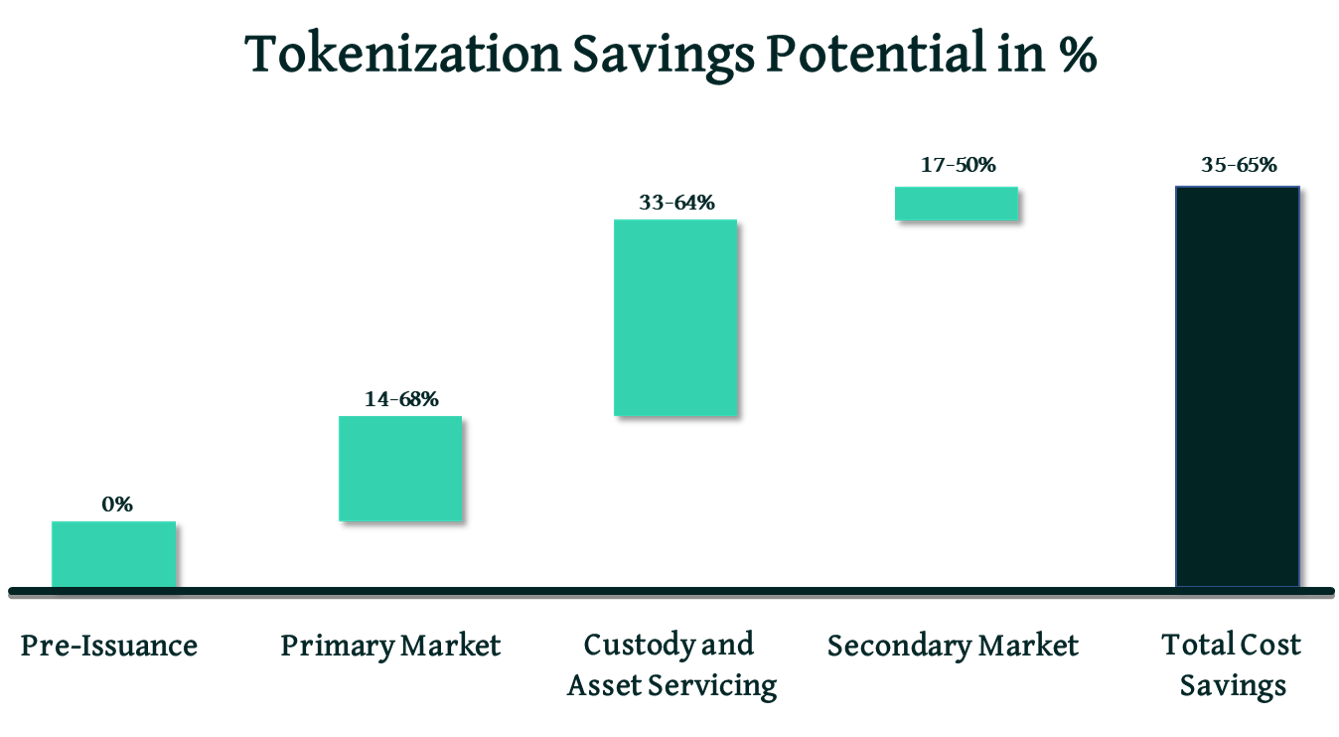 Analyzing multiple different scenarios, we identified cost savings of 35% to 65% across the entire value chain, driven by several efficiencies in each of the above-illustrated sub-categories. The cost savings potential is especially visible within the Primary Market as well as Custody & Asset Servicing, both benefiting from a high degree of digitization compared to a traditional securitization. While we see certain but lower saving opportunities in the Secondary Market (the lower potential here caused by an already very efficient traditional trading market), Pre-Issuance processes are still mostly dominated by legal and regulatory costs (i.e. security structuring, prospectus preparation) and thus very similar for both traditional securitization and tokenization and hence not allowing for significant cost savings yet.

To help illustrate the cost advantages, we’ve included an example in our whitepaper of a common construct we nowadays see among typical securitizations or crowdfunding platforms: A bond with EUR 50mn issuance volumes and a 7 year maturity, distributed to roughly 3,000 investors in a B2B2C model. Here, we identified significant cost advantages in all stages of the value chain amounting to a total savings potential of more than 750.000€ over the lifetime of the bond. We have included an example of the efficiencies in the chart below, which illustrates the savings potential for tokenization custody after 1 year, including setup and recurring costs: 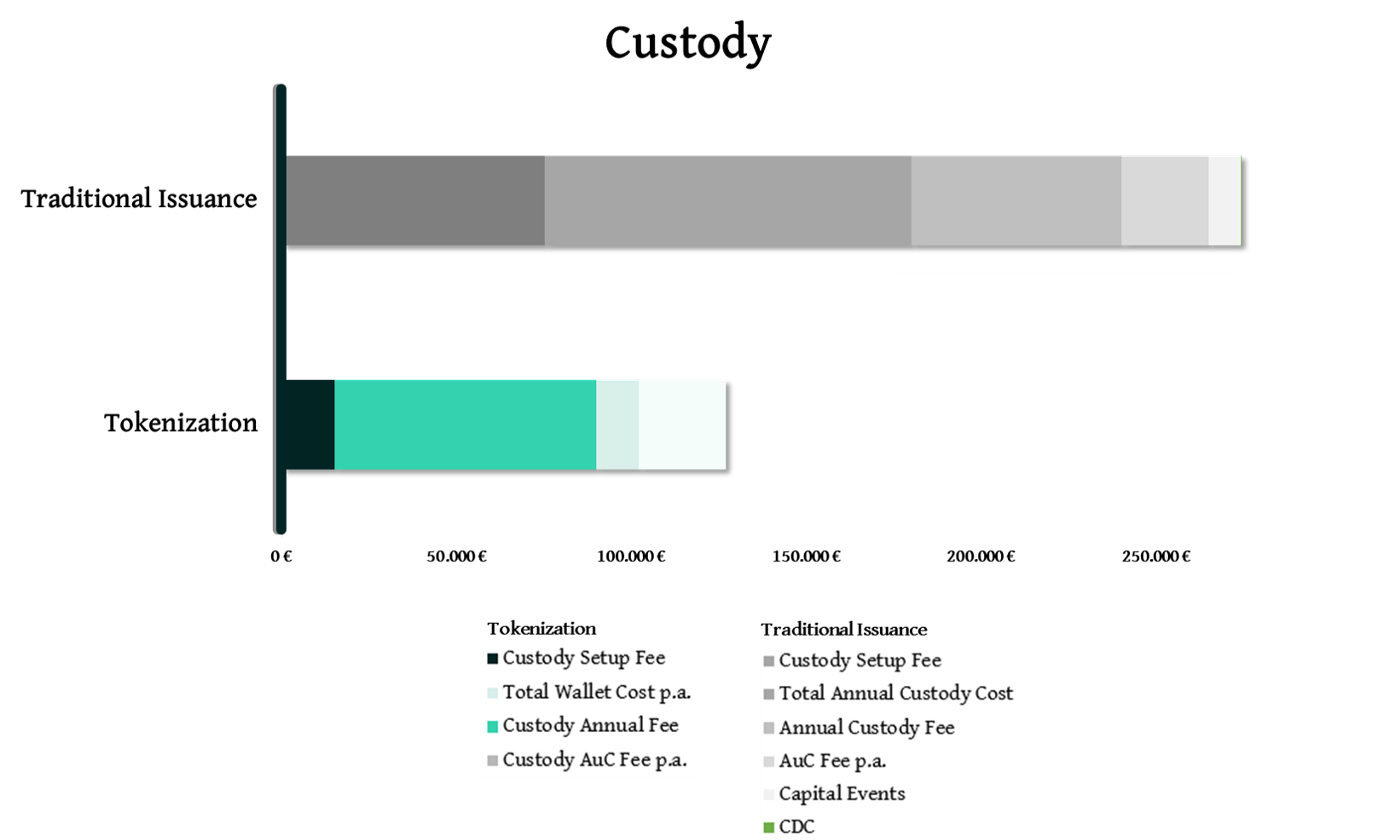 While tokenization clearly has more benefits than just the cost-effectiveness, we delimited our study to only focus on these. Tokenization offers several other advantages that could be interesting to investigate in more depth; i.e. attracting a more international investment crowd, allowing for smaller sizes of investments, and the positive implications on liquidity — all of which will make the case for tokenization even stronger.

Finoa integrates NEP-141, doubles down on the NEAR ecosystem

NEP-141 and the projects built on the NEAR Protocol

Are professional crypto custody services worth it?